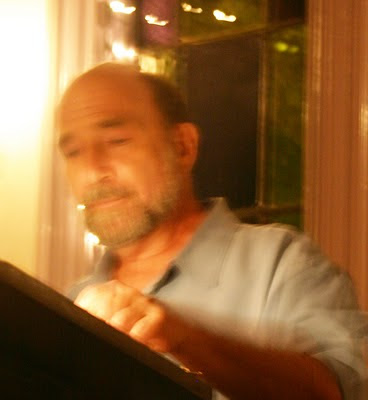 On August 2 at Duff's, Lew Prince read a selection of poems by the late Arthur Brown. Click here to read "The Assassination of Charlie Parker."

The next Chance Operations readings will be held at Duff's, 392 North Euclid, on September 27, October 25, and November 22. Doors open at 7:30 p.m.; cover charge will be $3. Musical guest on Monday, September 27, will be Dave Stone. Further details to be announced.
Posted by Tony Renner at 2:06 PM