Christy Callahan was one of several open-mic participants at the January 24 reading at Duff's.

The next reading at Duff's will be Monday, February 28, with featured readers Catherine Rankovic, Bob Reuter, and Steve Schroeder. Musical guest will be William Kyle. Advance sign-up for the open-mic following the featured readers is encouraged. Doors open at 7:30; cover is $3.00.

My toes grip
the cement ledge
as the breeze dances
a Waltz with the Atlantic,
my hair flowing, gliding,
tempting.

A bouquet of carnations
sends petals drifting
to the quay.

As the rigid edges
of the leaflet dig
into my thigh, my fingers dive
into my pocket, uncovering
black text faintly rising
above tan paper,
mumbling abbreviated tales
of coffin ships, convict ships.

I remember the museum,
the disparity between
exhibit and souvenir,
my palms sweating as I read
God himself could not sink this ship.

My toes crawl away.

I ask the lost liner
to share the secrets
whispered to the fish.

"Notes Bent on the Avenue Or Apocoli" by Dwight Bitikover 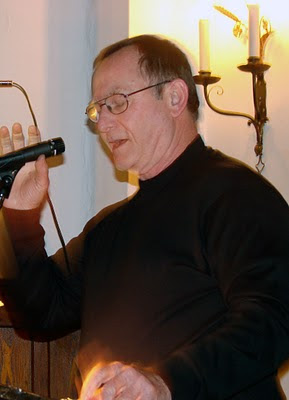 Dwight Bitikofer was one of the featured readers at Duff's, 392 North Euclid, on Monday, January 24.

The next reading will be Monday, February 28, with featured readers Catherine Rankovic, Bob Reuter, and Steven Schroeder. Music will be provided by William Kyle. An open-mic will follow the featured readers; advance sign-up is encouraged.


Notes Bent on the Avenue Or Apocoli

There -- in the 8500 block of this street
–- there he stands on the sidewalk, tenor
sax drawn to his pursed lips, baggy black suit,
golden leaves swept by wind, somehow
his fedora stays in place as notes blow
through my open windows
–- makes me smile.

Here –- in the 8600 block of this avenue
she sits on a tall stool teetering
on the curb, her silver flute peels
a melody from below her blue scarf,
straight brown hair fanned
by merry breezes that carry her breath
from her lips into my car driving by
–- makes me almost want to cry.

Now I drive the 8700 block this autumn
afternoon, sun in the paling blue
of October and I see kneeling
the old man in faded green cap
grasping a banged-up blues guitar
strumming as if this were the last day
of the universe –- two chords make it
to my window and I grasp at hope.

Eighty-eight hundred block of this street
and there stands a proud, young man
whose gaze I remember. He puffs
his face, purses his lips and blows
life itself into the black stem of a clarinet,
fingers the silver valves. Years before
his conception I knew his mother,
and his grandfather and his uncle.
I see them all when he plays.
I gather his strength as he blows me by.
We are connected –- does he even know?

Eight-nine hundred on the avenue and yes,
there he is, the drummer, sun-tanned hands,
long fingers on the jimbay making a rain
of maple leaves, shaking down red heartbeats
of memory while sap slides and chlorophyll
withdraws, clearing windows on the street,
drumbeats talk to wind, drummer’s eyes
half closed, young face, old soul reaching in
and finding wisdom his mind can’t know
the beating heart held in his hands
reaches out, touches me as I drive by.

Nine-thousand block of this street now that curves
by the railroad crossing, there she stands, stout,
firm brown face lined with experience,
mouth crinkled at the corners by little joys
and ironies, where now she holds a silver
alto saxophone and blows a stream of unnamed
something at once mournful, joyful, as lights flash
and a train pounds by, a song evocative of words
not yet written, notes not yet played and I know
I still have miles to go and she will lead me.

This town, this sound, these turning leaves
through my open windows, imagining
on the breezes of a warm autumn afternoon
live performances blown outside
the jazz station on my radio. 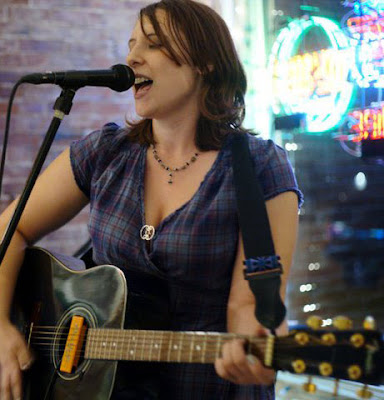 Posted by Tony Renner at 5:10 PM No comments:

Eamonn Wall to Read at Duff's in the CWE on Monday, January 24 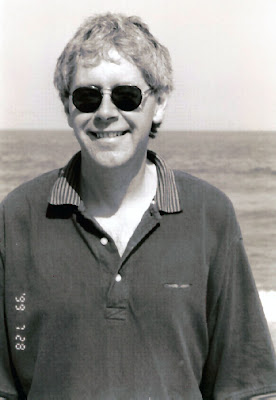 Eamonn Wall will be one of the featured readers at Duff's, 392 North Euclid, on Monday, January 24, along with Dwight Bitikofer and Lisa Ebert. Langen Neubacher of StL LOUD will play before and after the readers. An open-mic will follow the featured readers, and advance sign-up is encouraged. Doors open at 7:30, and the cover is $3.

Eamonn Wall is the author of five collections of poetry—most recently A Tour of Your Country (2008), all published by Salmon Publishing in Ireland. Sailing Lake Mareotis, a new volume, will appear 2011. From the Sin-e Café to the Black Hills, a collection of essays, was published by the University of Wisconsin Press in 2000 and awarded the Michael J. Durkan Prize for excellence in scholarship. Writing the Irish West: Ecologies and Traditions will be published by the University of Notre Dame Press this March. Essays, articles, and reviews of Irish, Irish American, and American writers have appeared in The Irish Times, New Hibernia Review, Irish Literary Supplement, The Washington Post, Chicago Tribune, South Carolina Review, and other journals. Eamonn Wall lives in St. Louis, and is Smurfit-Stone Professor of Irish Studies and Professor of English at the University of Missouri-St. Louis.

How our soft themes attach themselves
to rivers, flood plains, deciduous brown
golding, bright autumnal sun buffed up.
Entering Tennessee again the heart tung-
able of breath step, tray of artichoke set
in a beige order, the red of wine stretched
out beyond to low brown hills where
a gathering held noon time’s reins

offering praise, each child dabbing a patch
of colour to a fine-lined page. We ramble
along by an old river, old Mississippi,
her movement of herself no grand gesture
of narration but a dreamless, awkward,
majestic sleep somnambulation. By car
or climbing route to air from Memphis,
we might note, though cannot note, how
cold the kestrel’s pointed, indigent recall.

Lisa Ebert Reading at Duff's in the CWE on Monday, January 24 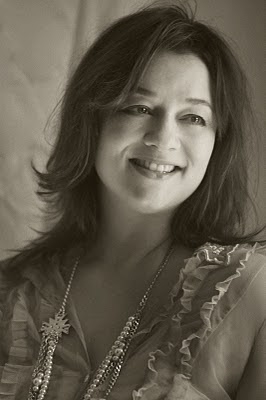 Lisa Ebert will be one of the featured readers at Duff's, 392 North Euclid, on Monday, January 24, along with Dwight Bitikofer and Eamonn Wall. Langen Neubacher of StL LOUD will play before and after the readers. An open-mic will follow the featured readers, and advance sign-up is encouraged. Doors open at 7:30, and the cover is $3.

Lisa Ebert, Assistant Professor of English at Lewis and Clark Community College, resides in St. Louis with four sons and one rock-and-roll husband. Her poetry, fiction and non-fiction have appeared in River Styx, The Riverfront Times, St. Louis Magazine, Literal Chaos, Bad Shoe, and Flood Stage: An Anthology of St. Louis Poets. Her doomsday novel will be released later this summer by Walrus Publishing.

The short story came before that movie --
much debated for value and questioned
for its pretty casting –
So I chose the story first
On an audiotape in my car during a drive.

What a writer to make me cry
over the loss of adulthood:
I considered being denied the steering wheel in my hands,
and job to go to, and money to spend at will,
and the rolling-by scenery for me to enjoy,
the destiny of autonomy, freedom,
fading away into the nighttime of infancy.

I never imagined
the worst part of motherhood
would be re-living childhood with all its pain
and lack of human rights.
I hated being little.
I hated obeying without trust.
I never predicted
that I’d have to walk a delicate line
in my community, for the sake of children,
to protect my children
by smiling graciously at cruel adults.

When Benjamin Button turned fifty,
and drifted down to twenty,
the accumulated wisdom of age
was his to wield, and life was his to enjoy.
But when he shrank further
so shrank his rights, his safety, his freedom.

Once these children of mine are launched
I will tell Mary to kiss my ass
and get off my property with those policemen and
her boring husband.
And maybe I’ll moon her, too.

Posted by Tony Renner at 8:41 AM No comments: 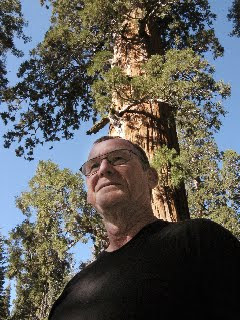 Posted by Tony Renner at 6:49 PM No comments: