Brett Underwood Featured Reader at Tavern of Fine Arts on Monday, May 25 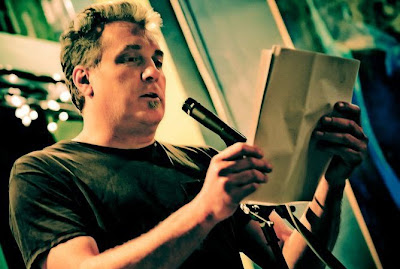 Brett Underwood will be one of the featured readers at the Chance Operations reading at the Tavern of Fine Arts, 313 Belt Avenue, on Monday, May 25.

Also featured will be Raphael Maurice and Cheeraz Gormon.

Brett Underwood is a bartending gadabout who writes, promotes and produces happenings and mishaps in St. Louis, Missouri. He's quicker with the stink eye than verbal reprimands and favors the brushback pitch over preemptive warfare. He has the wingspan of an albatross and would prefer cash.

Put wastoids in your gravitas.
Load ether with lead-ladened muchmuck.
Cough up gravy into your designer tissue.
Oh, and Ichabod's head is off the top of the
visitor’s dugout and kagarooing up
the aisle in that horse's ass.
van hit the soybean head shoot dead boy.

Root for the one percent in your muumuu.
Chug aluminum –bottled water and hoot.
Live it up.
Toss lewd verses to garbage. Your days are few.
Your wool is worthless.
Replay these days and they’ll go back
and look at it stored on yourtube or
reflected in a mirror coffin or
another threat to the environment
babbling DADA in a six-wheeled stroller.

Raphael Maurice Featured Reader at Tavern of Fine Arts on Monday, May 25 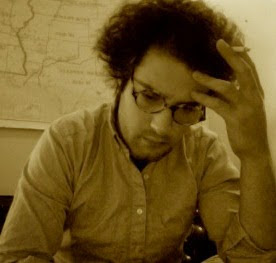 Raphael Maurice will be one of the featured readers at the Chance Operations reading at the Tavern of Fine Arts, 313 Belt Avenue, on Monday, May 25.

Also featured will be Brett Underwood and Cheeraz Gormon.

Raphael Maurice is a translator and poet. His work appears in the UCity Review, Likestarlings, River Bluff Review, Piecrust, and Monkeybicycle. He is a graduate of Southern Illinois University at Edwardsville, where he studied poetry. He lives in St. Louis with his wife, Jill Elizabeth Maurice.

The police caught me near these weeping willows
creeping up lakeside. I gave up under dawn’s
wrack and ribbon. They took what little I had.

And I was long gone, babbling my season’s luck
and miscarriages.

The county jail. Silent as a brick, stiller than God.

I crashed out on the bunk’s logic, its rectitude. Rectitude.
What a strange word for dead monks to thrash about.

And I dreamed the horse-faced sheriff was reading
from a sacred book. His boots propped on the desk.
His words scattered by an oscillating fan.

It was litany. It was the liturgy at my father’s funeral,
reverent as the edges of morning glories, a reckoning.

It was a catalogue of tender girls I’d loved,
their terrible fates blowing against these crooked trees.

Posted by Tony Renner at 9:22 AM No comments:

Cheeraz Gormon Featured Reader at Tavern of Fine Arts on Monday, May 25 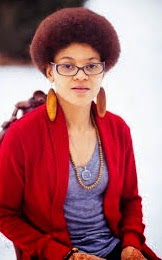 Cheeraz Gormon will be one of the featured readers at the Chance Operations reading at the Tavern of Fine Arts, 313 Belt Avenue, on Monday, May 25.

Also featured will be Brett Underwood and Raphael Maurice.

Her deep passion for humanity and issues affecting various communities provides the fuel for her dynamic spoken word performances, and in her first published book of poetry, In The Midst of Loving, a collection compiled and edited down over 14 years, Cheeraz opens her heart for the world to connect with her story.

Click here to listen to "Words" by Cheeraz Gormon; music by Brothers Lazaroff (Maurice Mo Egeston remix of "I Could Stay Here For the Rest My Life").

Posted by Tony Renner at 8:58 AM No comments: 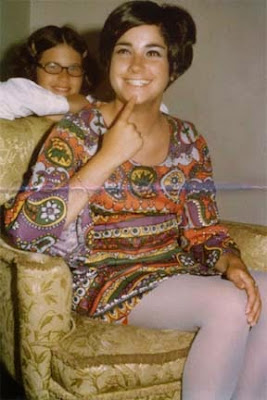