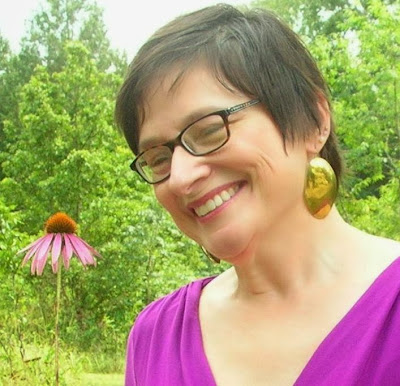 Catherine Rankovic will be one of three featured readers at the debut •chance operations• reading at Tavern of Fine Arts, 313 Belt Avenue, on Monday, September 30.

Also featured will be Matt Freeman and Eileen G'Sell.

Formerly a full-time newspaper reporter and magazine editor, I taught creative writing at Washington University from 1989 to 2010, currently teach in the online MFA program at Lindenwood University, and developed a following as an independent book and manuscript editor.

I've written and published five books, including Meet Me: Writers in St. Louis (PenUltimate, 2010), nominated for a President's Award from the Missouri Writers Guild, and have worked with large and small publishers and Kindle Direct ebook publishing. Awards include the Missouri Biennial Award, an Academy of American Poets award, first place in the 2009 Midwest Writers Center poetry competition and first place in the 2010 St. Louis Poetry Center competition.

I have been honored to be a judge for many literary contests. My poems and essays have appeared in Boulevard,Gulf Coast, The Iowa Review, The Missouri Review, River Styx, Delmar, UCity Review, Umbrella, many newspapers and magazines, and several anthologies including Flood Stage (Walrus Publishing, 2010) and Are We Feeling Better Yet? Women Speak About Health Care in America (PenUltimate, 2008).
You Weren't There

You weren’t there when I killed ’em in Vegaswith my “open the door Richard damn you or kissmy white booty” routine. You were – I dunno – drinkingBoone’s Farm Strawberry with some easy nonthinkingairhead underage blonde while I was up forthe Grammy for best comedy record of the year,nineteen-seventy-nine, I believe, and only Richard Pryor had released a better album: Was It Something I Said?In nineteen-eighty I recorded a underground hit with Marianne Faithfull; that’s me on the drum kit,you didn’t know? My mentor Ringo, I call him Rich,taught me at Apple and told me what a bitchPaul laying down the drum tracks on Let It Behad been. I engineered his cover of “Act Naturally”and produced it, and where were you, dickhead,when at twenty-three I was already a celebratedghostwriter for Norman Mailer, and had a cameoin a Woody Allen movie; you didn’t see it, I know,too busy tripping on Captain Morgan’s Spiced Rumwith fellow burnouts, dousing your buzzard breath with gumso your parents wouldn’t kick your pitiful natural rear.While I was toasted as the Little Richard of literatureand modeling Guess, you, fool, were choking your chick-en, and when I was in a limo refusing to partner with Mick,because I was busy buying stocks with MacArthur grants, and reviving Keith Richards with a fire extinguisherevery other day in palaces and Learjets,your TV showed you me, through your haze of pot and Cheezits,and now through a haze of video games and Internet porn you send an E-card with regards and regrets. Get born,                                                                               jackass.
-- Catherine Rankovic

Posted by Tony Renner at 1:17 PM No comments: 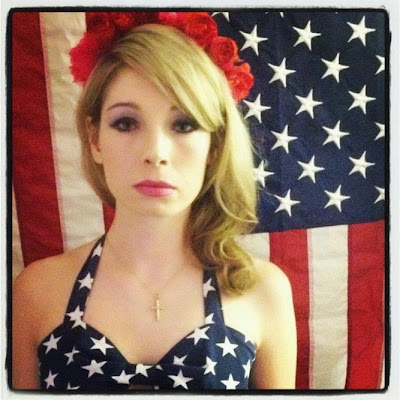 Eileen G'Sell will be one of three featured readers at the debut •chance operations• reading at Tavern of Fine Arts, 313 Belt Avenue, on Monday, September 30.


Also featured will be Matt Freeman and Catherine Rankovic.

Eileen G'Sell teaches at Washington University in St. Louis and is cofounder of The Hinge, an art gallery and event space. Recent and forthcoming work can be found in Conduit, Ninth Letter, and the Boston Review.  She is the winner of the American Literary Review's 2012 prize for poetry, and her chapbook will be available through Dancing Girl Press in spring 2013.

I Love You Like a Good Game of Skee-Ball

First of all, I never said that.
Second, if I drove a stick
I sure didn’t do it for Jesus.
The manuscripts are warm and the salary
depressing. Behind the stars are blue
and bold, hearts we steer toward bluer skies.
No one knows the speed of joy, and no one
speaks of sinking. I lived the way
a sailor lives, and I’ve seen swallows
starve. For I smell of love
and Suavitel, for I love the way
the sailor loves. For every second
past, a silver captain listens. If this
is the gift, and this, the giver,
then this is the sea you were meant
to receive. This is the rain
you were meant to forget,
this, the star that will not forsake you.
My handmade hypotheses are legions
on, yet no one speaks of drowning.
If I have drowned, then let it be
with you, for you, and fallen birds.
First of all, I never said
that it wasn’t something worth saying.
You were the game
I was meant to lose. But the game
was sweet, and soft, my friend,
and my hand still warm from the weight of it.

Thanks to Ink Node. 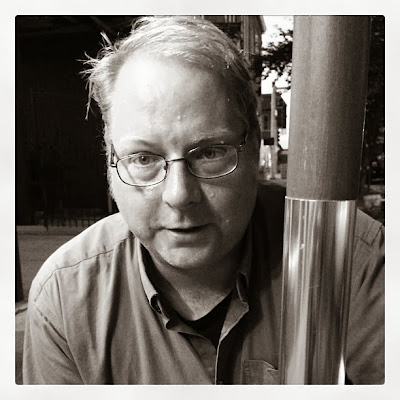 Matt Freeman will be one of three featured readers at the debut •chance operations• reading at Tavern of Fine Arts, 313 Belt Avenue, on Monday, September 30.

Also featured will be Eileen G'Sell and Catherine Rankovic.

Matthew Freeman woke up to find himself a poet while a still lovelorn teenager in Dogtown, St. Louis. After an irregular journey he found himself back at St. Louis University, where he was twice given the Montesi Award for his poems. His fourth collection, The Boulevard of Broken Discourse, was recently published by Coffeetown Press. Matt teaches at Adapt Missouri, and is proud to be in the MFA program at University of Missouri St. Louis.


I Know What Girls Know

I had to become the ugly friend—I owed that much to the universe—and I was desperate for the phone to ring,and I dreamt all night after an accidentalbreast grazed against my elbow in thecrowded lobby of Powell Hall.I was hated by hipsters for wearingmy frumpy SLU shirt; I was ridiculedby hippies for trying to remain chirpywhen I was freaking out; I was huntedby hoosiers for recognizing how boredand unhappy their wives were.When I met Lesbia she touched me first;she took my hand off the steering wheeland put it on her inner thigh; I thought I’d die.And when she asked about my model friendI knew I had to bring this ship to shore --it was easy, I just pretendedI didn’t really like her anymore.

The debut •chance operations• reading at Tavern of Fine Arts, 313 Belt Avenue, will be Monday, September 30. Doors open at 7:30 p.m. Admission is FREE.

Open-mic will follow the featured readers.
Posted by Tony Renner at 11:02 AM No comments: