Schedule for Next Three Readings Announced 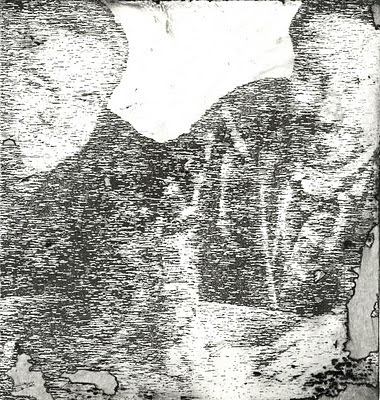 Chris Parr and Tony Renner
The next Chance Operations readings will be held at Duff's, 392 North Euclid, on September 27, October 25, and November 22. Doors open at 7:30 p.m.; cover charge is $3. Further details to be announced.

The above illustration was made by Tony Renner, utilizing an intaglio technique developed by Keith Howard, in a print-making class taught by Jeff Sippel this summer. Jeff commented:

The image looks like some surveillance television of a terrorist or hostage situation. Afghanistan? The characters seem too happy, though.

In fact, the image is based on the great photo (see below) of Chris and Tony taken by Josh Maassen as we planned the first Chance Operations reading. 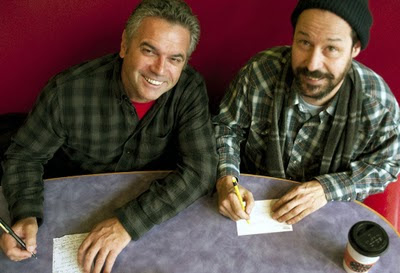