"In the Arms of Men" by Langen Neubacher 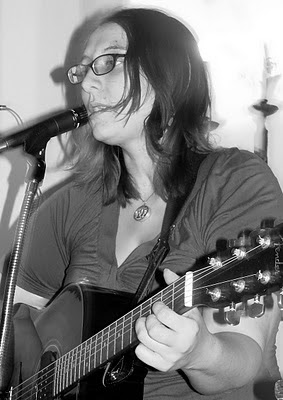 Langen Neubacher provided the musical interludes at the Duff's reading on January 24.

One of the songs she performed was a cover of the Replacements' "Here Comes A Regular," and she later performed her own song, "In the Eyes of Men," which she explained was inspired by "Here Comes a Regular."

In the Arms of Men

So in his car his car we prayed there was some kind of saving grace,
there to listen,
He drove he drove he drove me home but left me there all alone.
Kissed my forehead.

And said honey I have learned,
that daughters are gift,
that God gives,
to dumb old men...
to teach how to take care of women.

-- Langen Neubacher
Posted by Tony Renner at 9:50 AM