Julia Gordon-Bramer To Read At Duff's on Monday, September 27 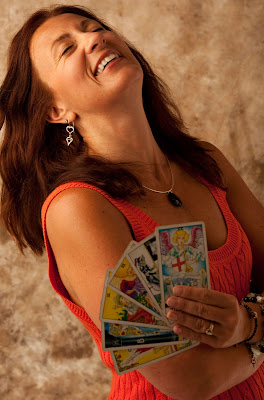 Photo by Michael DeFilippo.
The next Chance Operations readings will be held at Duff's, 392 North Euclid, on Monday, September 27. Featured readers will be Sean Arnold, Julia Gordon-Bramer, and Byron Lee. An open-mic will follow the featured readers. Doors open at 7:30 p.m.; cover charge $3. Musical guest will be Dave Stone.

Julia Gordon-Bramer recently came to realize her last 21 years in St. Louis trumps 20 years on the East coast, and she's having real problems accepting that she is now a Midwesterner. Over those landlocked years in the Lou, she launched and ran the '90s alternative rock zine, Night Times; wrote several thousand poems (a handful of them decent); picked up a BA in English from Webster and an MFA in Creative Writing from UMSL; and today, when she's not flipping Tarot cards, she teaches English at St. Louis Community College at Florissant Valley.

She's been published in MARGIE: The American Journal of Poetry, Bad Shoe, The Arkansas Review, CARVE, Indiana University NW's Plath Profiles, and others. Her program at the University of Missouri-St. Louis nominated her for Meridian's Best New Poets 2010. Her groundbreaking article on the underlying mysticism in the work of Sylvia Plath can be read here while she completes her latest book on the subject, Fixed Stars Govern A Life.

Opinions expressed herein (“our Relationship”) did not reflect reality in any way.

Past promises should not be construed as contractual or otherwise binding.

Previous history does not constitute or imply affiliation, endorsement, recommendation or favor.

Author (“Me”) has full discretion to add, alter, or remove all or part of

memory of you (“You”) at any time, and cannot be held

liable for any losses or damage, direct or indirect,

caused or alleged to have been caused by our breakup.

No animals were harmed in our making.

No stars were harmed in our breaking.

I am a professional.

Do not attempt this at home.