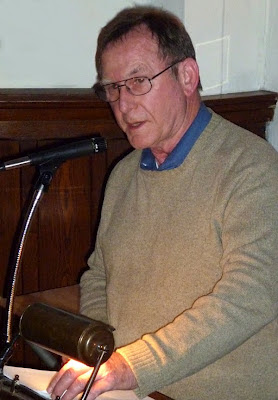 Dwight Bitikofer will be one of three featured readers at the •chance operations• reading on Monday, April 30, at Duff's, 392 N. Euclid.

The other featured readers are Christy Callahan and Will Kyle.