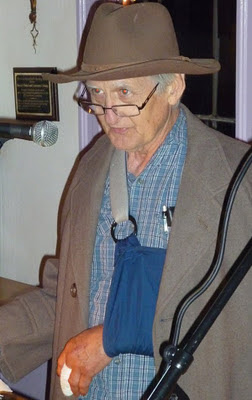 George Stair will be one of three featured readers at the next •chance operations• reading at Duff's, 392 N. Euclid, will be Monday, January 30.

The other featured readers will be Jennifer Kronovet and Sally Van Doren.


My background has little to do with writing. I studied mathematics, worked as a computer system designer and programmer, and taught programming to handicapped people. When professional employment failed me, I tried making and selling a frozen dessert. When that failed, I drove a taxi. That job provided emotional experiences with people that had to be expressed. Other experiences that inspired were travel and death. I am pleased and surprised when my writing connects.