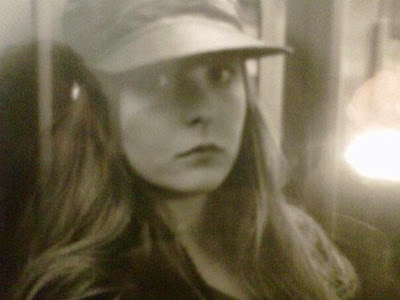 Mae Soule will be a featured reader at Tavern of Fine Arts, 313 Belt Avenue, on Monday, March 30.

Also featured will be Robert Earlywine, and Carole Cohen.

Mae Soule is a poet, singer, songwriter and single mother from St. Louis. Raised within the extended family of literary, musical and eclectic bohemian artists of 1970's inner city St. Louis, she was the youngest member of the Soulard Culture Squad literary group and attended CASA Midtown, St. Louis Conservatory and School for the Arts, for dance and drama. Mae received her BA in English, with an emphasis in creative writing from Coe College, where she was Poetry Editor of the Coe Review. Her poems have been published in several Midwestern and local journals and she has two poetry collections: As Blue As I Can Be and Wash Line. Additionally, she has performed her writing in spoken word modern dance compositions, multi-media performance art and slam poetry competitions in Iowa and New York City.

There was a time when she swore
she'd never go back, but want
broke the spirit she had made her
hot back, shoot some and flaunt.

She thought she was cool brick
red as cherries, but she blew it
baked her brains on spoon sugar
lost out on faith, cashed blanks and lit.

Flew straight fast and blacked
found out she'd been fucked up the ass
she walks crooked, axed her neck
fat with blue swells, blood mass.