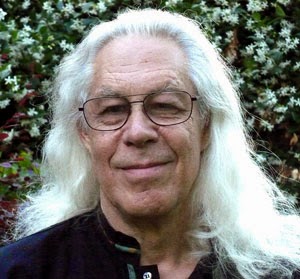 Jerred Metz will be one of three featured readers at at •chance operations• at Tavern of Fine Arts, 313 Belt Avenue, on Monday, June 30.

Howard Schwartz and Michael Castro will be the other featured readers.

Jerred grew up in Freehold, New Jersey. He went to the University of Rhode Island, receiving Bachelor’s and Master’s degrees in English, and the University of Minnesota, earning a Doctorate in literature. He taught at these institutions, then at Webster College in St. Louis. In 1977 he became the Deputy Director of the Department of Human Services, St. Louis, Missouri. To support his wife’s career, the family moved to Pittsburgh, then Columbia, South Carolina. Having passed through several careers, he is teaching writing again at Strayer University in Columbia, South Carolina.

Blanketed against the cold, we sat beside the river
watching the moon rise over the mountain’s spine.
Quickly the earth turned showing first a
faint gleam, then light, then moon
full in October free above the ridge.
From the cold river you offered water
to the moon’s parched oceans.
The moon broke into shimmering
points and slivers in the pool of your hands.