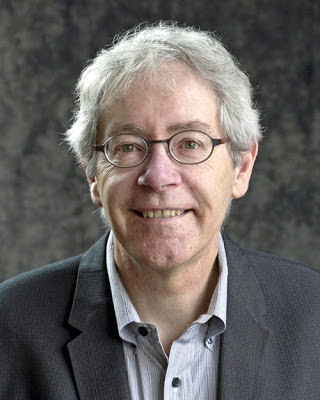 Eamonn Wall will be one of three featured readers at •chance operations• at Duff's, 392 N. Euclid, on Monday, February 25. Dwight Bitikofer and Emily Grise will also be featured.

Eamonn Wall, a native of Ireland, has lived in the USA since 1982. His poetry and prose have been widely published and anthologized in Ireland and the USA. His most recent poetry collections are Sailing Lake Mareotis (2011) and A Tour of Your Country (2008), both from Salmon Poetry/Dufour Editions. His prose books are Writing the Irish West: Ecologies and Traditions (Notre Dame, 2011) and From the Sin-é Café to the Black Hills (Wisconsin, 2000). Eamonn Wall is Smurfit-Stone Professor of Irish Studies at the University of Missouri-St. Louis where he teaches courses in Irish and British Literature and directs the Irish Studies program.

The Found World
after Robin Robertson

(1)
We walked there once, late afternoon,
listening out for ancestors, timber wolves,
the heft and stroke of evergreens high above
the road in Carrigdoon. As I recall it now,
the red scarf about your neck was loosely tied,
bandana style, your boots were as scuffed
and dry as the old leaves you pushed into
the sheltered cracks along the roadway:
we were following songlines to Lough
Bloom. I imagined or remembered
that you held my hand and I understood
that it was to you alone, among the two of us,
that the great gift had been offered: first,
among your father’s elderberries, and, later,
on a walk through the great oak woods
an hour’s journey from your childhood
home where you heard the great hinges
among the high oaks hollow out a fugue.
Who were we that late afternoon in Sligo:
son and mother, husband and wife, a boy
being led through night and day by a light-
skinned blue-scarfed lady? It was as if
in childhood that a book had been passed
into your hands. You opened that book,
you quickly broke its code. I, on the other
hand, had been raised among believers
to kick out blindly all spring at bluebells
and communists, to slash at tree bark
with a heavy hatchet stolen from
a neighbour’s shed. I had no book. It was
not allowed. From a pulpit in the great
cathedral in my town, a clergyman,
gray and solid, paraphrased. I had been
trained to praise the heavens, hate all
that was natural to the world. The heart,
they reminded me, was a neutral zone.
As we walked, that afternoon under
Carrigdoon, you pointed out names
of what comprised this space, and these
I quickly memorized. At times, as we
walked, I clutched more firmly to your
hand. Then, as though some cherry picker
had raised me upward, I kissed the crows’
feet near your eyes. Your voice mesmerized
me. We walked on along a country road.

(2)
Save for map, crucifix and sacred heart,
our schoolroom walls stood naked.
In those forbidding rooms, we learned
of natural science that our world had
been formed by miracle that was fullaccounted
in a book of truths we were
not allowed to read. As we walked
together on the paths below Carrigdoon
that afternoon, I repeated after you:
lady’s bedstraw, fairy foxglove, salmonberry,
meadow buttercup and royal fern.
As a schoolboy, I thought it a shameful
thing that my father could tell the songs
of birds and wished him silent when he
began to cite their names: first, in Irish;
then, reluctantly, in English, the language
more distant from his heart. I wanted
to say to you that had the schoolroom’s
walls been decorated with scenes
from nature and schoolboys’ art, I might
have accepted then the beauty of our
world and loved my father a little more.
I did not know that goat’s-beard and field
forget-me-not were the wheelbarrows
on which our world depended, that history
was a patriot game written on the sands.

(3)
In Sligo, while you pulled me along
with your gentle teacher’s measure,
I picked in a quiet manner among
an abundance of flowers and greens,
each placed in the left breast pocket
of my yellow North Face shirt. When
I got home, I lined my collection up
in a child’s copy book, then sought
each Christian name out on the internet.

(4)
We left the road that ran parallel
to the lake and turned down a bohreen
whose ditches were all wildly overgrown,
whose stony centre shot up tufts of grass
and dried moss. We were walking
through the heart of deepest fairyland.
You liked to listen and I fell quiet too
for I thought to learn what listening was.
The sun retained its summer heat
though at times, when it clouded, a dark
hand reached across the little road. Step
by step we walked the wind rose, the wind
as quickly died way. I remember
a tractor’s roar carried across the lake
like a booming cannon, clouds forming
above Carrigdoon. Walking, I learned
to fear no longer, all about us,
the darkness that shapes this world.
Absorbing, filtering, you walked to where
the road divided another time. There,
I was led inland by my returned father
and away from you. He had a list
for me, birds in Irish, and each word
I repeated after him: seabhac mara,
fuiseóg, préachán dubh, géis, gabhlán
gaoithe, caislín dearg. Good man,
he said, now I’ll lead you home. The path
split again, narrowed, ended at a gate
and stile. We crossed a field, mounted
another stile, entered a stony yard. Ahead,
I saw that you were seated on a wooden
form, drinking coffee. My father said,
your children are inside. Before releasing
my hand, to send me forward, he said:
a decade ago, you looked across this lake,
then back toward land, high woodland
overhead in Carrigdoon. You found in pine
needles the spot to hide your oar. Father,
I replied, though I believe you, I have
no memory of this. Son, you must stay
here. Learn the root names of this world
you share. Test against nature’s truer ring,
grunts of old that hollow ring of wisdom.
But don’t conceal yourself: you must
walk laneways to join those gathered
at each noisy crossroad: hear the roar
of the accordion, the pitch of an angel’s
voice. Help us recover what has been lost,
help the young teacher fresh from training
college bluetack posters to her schoolroom
wall. My father, as is now his wont, was
one moment speaking, the next quite
vanished into air. She looked up shielding
her eyes from the sun as I approached her
wooden chair. Here, she said. We’re here.