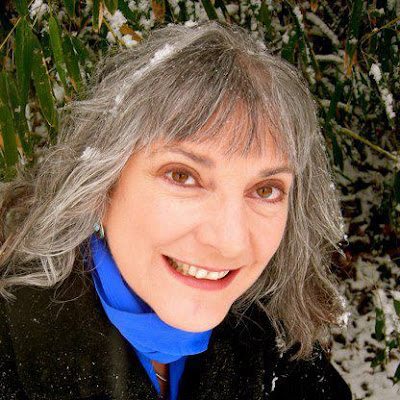 Drucilla Wall will be one of two featured readers at the next •chance operations• reading on Monday, October 29, at Duff's, 392 N. Euclid. The other featured reader will be Marcel Toussaint.

Musical guest will be Will Kyle.

Drucilla Wall’s book of poetry, The Geese at the Gates, is available from Salmon Poetry. Her second collection is forthcoming from Salmon Poetry in the coming year. She serves on the boards of the St. Louis Poetry Center and the Warriors Arts Alliance. Wall has offered poetry workshops at the Veterans Administration Health Offices in St. Louis.

Her recent readings include such venues as the Over the Edge Series in Galway; River Styx series in St. Louis, Dances with Words series in Montana; and others.

She is the curator for the Poetry at the Point Reading Series for the St. Louis Poetry Center in St. Louis.

Individual poems and essays have appeared in various literary journals and anthologies, including The People Who Stayed: Southeastern Indian Writing After Removal; and True West: Authenticity and the American West.

Her work are diverse ties to home places ranging from County Wexford and Galway, Ireland, to the American settings of Missouri, Nebraska, Alabama, and Pennsylvania. Her writing engages her mixed heritage of Creek/Muscogee American Indian, Irish, and Jewish identity. She lives in St. Louis, Missouri, and has spent summers with family and friends in Wexford and Galway, Ireland, since 1985.

They trod her into the blue concrete.
I saw that.
She tried to push upward,
her arms like streaks of pale fish
at the shallow bottom of the water slide.
Maybe I saw that,
in the chop of children.

Thirteenth summer, first job,
the world an unforgiving mirror,
new bikini hiking up in the back,
I had refused to wear my glasses.
Hold this safety pole and stand there.
Just watch. Just do that, okay?
And I did. But she was still under,

doing a doggie paddle all wrong.
I felt that. So I jumped in,
pulled her to the surface,
wondered at the weight of her head
rolling on my shoulder.
I did not call for help.
Only ran like some big gawk of a bird,

bouncing the child out the gates
of the supervised area.
I may have shouted at her
above all the fun, above the din
of their horrible little minds,
so easy with their feet and their throats
and their team sports and their sing-a-longs.

She coughed and started crying.
Stupidly, I lay her on her side,
slapped her back. Good. That’s good.
Coughing is good. I am sure
I carried her to the Nurse’s Station.
Someone said, get a towel.
Or maybe we were both wrapped
in one big blanket, side by side
on the edge of the medical bed,
shivering less and less.

Then, nothing happened,
plowed in through the door,
the open windows,
unmeasurable nothing,
even into September.