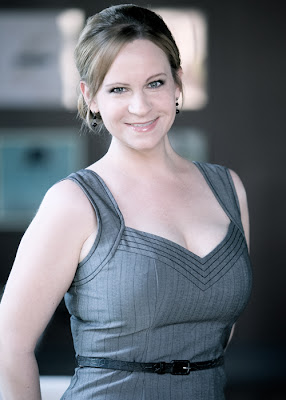 Kelli Allen will be one of three featured readers at the next •chance operations• reading at Duff's, 392 N. Euclid, in the Central West End, on Monday, September 24.

The other featured readers will be Jazzy Danziger, and Matthew Freeman.

Kelli Allen is an award-winning poet, editor, and scholar.

Her poetry and fiction has appeared or is forthcoming in Puerto del Sol, Echo Ink Review, Poetry Quarterly, Fjords, Abridged, Other Poetry, Lyre Lyre, the Blue Sofa Review, WomenArts Quarterly, the Caper Review, It Has Come to This: Poets of the Great Mother Conference, Foliate Oak, Greatest Lakes Review, Lugh Review (where she was the featured author), Blackmail Press, the Chaffy Review, Euphony and elsewhere. She has been the featured poet for Desperanto Press’s segment “Tea With George” for September 2011.

Kelli's fiction has been nominated for a Pushcart Prize and she was a finalist for the 2011 Rebecca Lard Award. She has served as the Managing Editor of Natural Bridge. She is also the founder of the Graduate Writers Reading Series for the University of Missouri St. Louis. She holds an MFA in Poetry from the University of Missouri St. Louis. She is currently an adjunct professor of English/Creative Writing at Lindenwood University. Kelli gives readings and teaches workshops throughout the US.

Every year we gather the feathers
in small aluminum jars. They fall
from the autumn sky in bursts
for five days. Since the sister
could not complete the final shift
of thorn-made cloth, we know
he will circle above us, one wing
fighting against the arc, a pink
fleshy arm beating uselessly opposite,
a reminder of the periphery.

We have never been able to determine
how he acquires height and stays
drifting rough, ugly in his half-dance
amidst whatever weird fog lingers
this time of year. But he comes,
always with sound as trampled
tissues after our carnival’s last
swift removal of distraction
a few months before. We hear
the one wing, too white, and we look
away. The same the next day and the next.

Yet, the feathers meet us as we walk,
where we greet each other and pretend
to notice only the shifting branches
and graying walls all stone beyond this
or that street. The fourth day
we glance longer and higher
and prepare the pewter to seal
the jars we will fill. He is gone by dinner
on the fifth day of each flight in each year,
in the month we mark by orange coolness
and restless movements toward under-
ground. We have heard a story
about an unnatural affair and a fire,
but cannot remember where it begins
or might end, and so catch what we can.