Joe Schwartz, author of "The Games Men Play," Will Be Featured Reader at Duff's on Monday, March 26 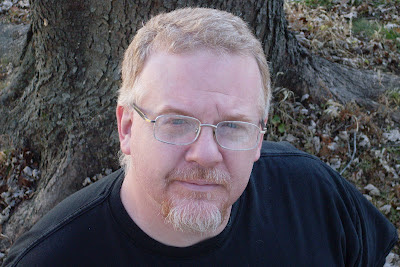 Joe Schwartz will be one of three featured readers at the next •chance operations• reading on Monday, March 26, at Duff's, 392 N. Euclid. Other featured readers will be Stan Wallach and Shane Signorino.

Musical guest will be Nick Pence of Last Minute.

Joe Schwartz is a writer following in the footsteps of Dashiell Hammett, Donald Goines, and Chuck Pahlinuk.

In The Games Men Play he has combined twenty-one short stories that will take the reader on a haunting journey through the darkest St. Louis streets to its most rural counties. A terrific, fast paced storytelling style that never wastes a word, his work constantly entertains and demands to be read.

A St. Louis native, Joe Schwartz writes exclusively about the Gateway City. His first book, Joe’s Black T-Shirt has been read thousands of times on the Internet and has sold hundreds of copies.
Posted by Tony Renner at 9:01 AM