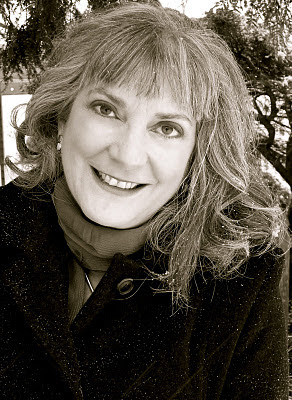 Drucilla Wall will be one of three featured readers at the next •chance operations• reading at Duff's, 392 N. Euclid, on Monday, November 28.

The other featured readers will be Julia Gordon-Bramer and Chris King.

Drucilla Wall's collection of poetry, The Geese at the Gates, was published by Salmon Poetry earlier this year to positive reviews in The Irish Times and elsewhere in Ireland and America.

She has earned awards and fellowships for her work, including the Mari Sandoz Prairie Schooner Short Story Award and the Western Literature Association Willa Pilla Prize for Humor in Writing.

She has spent summers with family and friends in Wexford and Galway, Ireland, since 1985.

Someone cracked this café window,
and no one really cares anymore.
You can get six kinds of burgers,
but they don’t serve french fries here.

Tom Sawyer tips his cap, trotting by,
on his way back down to 1844.
Hannibal, Missouri, has more cars than people,
even counting tourists rolling in on Highway 61.

Becky Thatcher strolls down Main Street
with a smile and a pistol in her hand.
She turns in at the river where the setting sun
makes halos on her white lace parasol.

And the purple martins scatter,
knowing better than to ever hang around,
while the eagles claw the fish up from the water
just to pierce their silver skins here on the sand.

They put locks on the river, and they’ve run
the flooding streams all underground
through sewer pipes big as freight trains
where the lilies and hellbenders never found

a home among those waters that used to feel
the wind and rain quick marching over stones.
Finn came home today, his second tour of duty done,
after leaving both his legs on a road back in east Afganistan.

Beulah looks around the town from her grave stone
up on Calvary Hill. Ten more houses dark for dinner
with for-sale signs from the bank by every porch,
but the ghost tour never tells you how the living

are much better for a haunt, while the kids out
by the Dairy Queen prefer their cherry vodka
mixed with ice cream in the blizzard of the month,
and the lovers hope for jobs at the Walmart Superstore.

I’m going to get my friends together and roll down to the sea
on a paddle boat lit for Christmas just the way we wish
it used to be, and we’ll slide past St. Louis, with its car parks
and monuments, all the way to New Orleans, where the dead

know how play those old time tunes. Big Jim’s bar
is open with the flood stains high on the walls.
We can dance under the water with all the folks
wh ever passed away, and by the parish levee,

I can finally get up off my knees.