Michael Castro To Read at Duff's in the C.W.E. on Monday, November 22 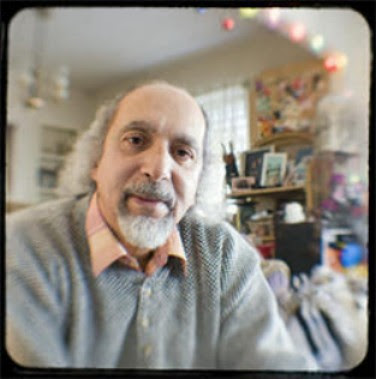 Michael Castro will be one of the featured readers at Duff's, 392 North Euclid, on Monday, November 22, when Chance Operations turns the reigns of control over to CJ Smith of JKPublishing.

Michael Castro has been called “a legend in St. Louis poetry.” Long active as a poet and arts activist, he co-founded the pioneering multi-cultural literary organization and magazine River Styx, in operation since 1975; and for fifteen years he hosted the radio program, Poetry Beat. Castro has given poetry readings on three continents, and has collaborated in performance work with a wide range of musical assemblages over the last three decades, recording four albums. He has published six poetry collections, including his most recent, The Bush Years: A Poetic Exegesis of the Former Administration; two books of modern Hungarian poetry he co-translated with Gabor G. Gyukics; and Interpreting the Indian, a study of Native American influences on modern poets. He is the recipient of two lifetime achievement awards, having been named Warrior Poet by Word in Motion and Guardian Angel of St. Louis Poetry by River Styx. He currently teaches at Lindenwood University.

Bush lied
to get the country
to support his war -—
projected fear, “Saddam
tried to get uranium from . . .
Africa!” -— uttering this word,
after a pause, like a curse --
then a pause as if to allow the silent gasp
you expected
the spooky music to start -— Blair said
Saddam’s bombers could be
bringing on the nukes
in 45 minutes
& Bush chimed in, the Iraqis had drones
could reach the states -—
fear drove the war,
intentionally generated fear
& foolish arrogance,
the delusion of the invaders
that the occupying army
would be met with flowers & hearts
& the keys to the oil fields