Kristina Marie Darling To Read at Duff's in the CWE on Monday, March 14 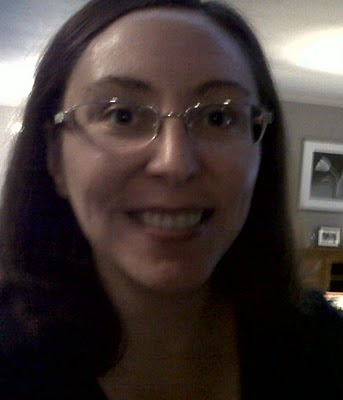 Kristina Marie Darling will be one of the featured readers at the next reading at Duff's, 392 North Euclid, on Monday, March 14. Other readers will be •chance operations• co-founder Chris Parr and Buzz Spector. Musical guest will be Learn, Artist!; doors open at 7:30 p.m. Advance sign-up for the open-mic following the featured readers is encouraged. Cover charge is $3.00.

Kristina Marie Darling is the author of two full-length collections of poetry: Night Songs (Gold Wake Press, 2010) and Compendium (Cow Heavy Books, 2011). She has been awarded fellowships and grants from the Vermont Studio Center, the Ragdale Foundation, the Virginia Center for the Creative Arts, and the Elizabeth George Foundation. Her editorial projects include an anthology, narrative (dis)continuities: prose experiments by younger American writers (VOX Press, 2011), and a volume of critical essays forthcoming from Cambridge Scholars Press.

The old opera house had been turned into a discotheque, but no one bothered to remove the red velvet curtains, the gilt cornices, or the great plaster cherubs above each doorway. When the musicians arrived, dressed in sleek tuxedos and red bow-ties, only the building's smallest embellishments seemed familiar. Apparently a new conductor has taken the podium, one of the violinists mused. Then as the dancing began, and a cold white light shone above them, they all sensed a coup d'etat had taken effect since they'd last performed. And that only the concierge, with her long white hair, knew when the old conductor would return.

-- Kristina Marie Darling
Posted by Tony Renner at 9:01 AM