Philip Gounis To Read at Duff's in the C.W.E. on Monday, November 22 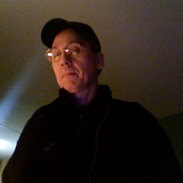 Philip Gounis will be one of the featured readers at Duff's, 392 North Euclid, on Monday, November 22, when Chance Operations turns the reigns of control over to CJ Smith of JKPublishing.

Litany of the Ridiculous