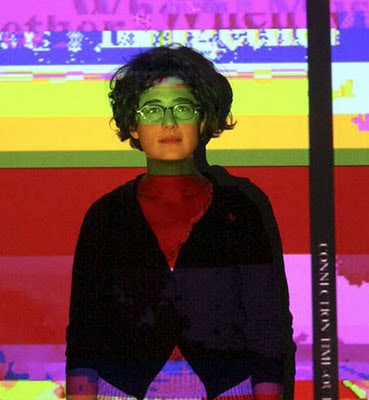 Nicky Rainey will be one of three featured readers at the next •chance operations• reading, at Duff's, 392 North Euclid, in the Central West End, on Monday, June 27.

Also appearing will be Phil Gounis and Will Kyle.

Nicky Rainey makes a zine out of envelopes called "Let's talk about people," & will send you one if you email her by clicking here. She directs Saturday creative writing workshops for young writers ages 6-11 (through StudioSTL) and has represented St. Louis at the National Poetry Slam.