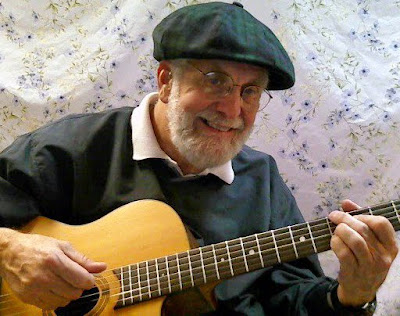 Jazz guitarist Tom Crammond will be the musical guest at the next •chance operations• reading, at Duff's, 392 North Euclid, in the Central West End, on Monday, June 27.

Nicky Rainey, Phil Gounis, and Will Kyle will be the three featured readers.

Tom Crammond is a retired school teacher, who has recently started playing guitar after having not played gigs for twenty years (since 1989). During the 60's, 70's, and 80's Crammond played with various rock, country, and commercial groups around the St. Louis area.

Tom says his "first influence was Les Paul in the early '50s, and following quickly behind him was Johnny Smith for his great ballads. Then in the late '50s, I became more jazz oriented and Barney Kessel, with his wonderful ballads, and his great trio sound found my ear. Soon after that in the early '60s, I discovered Howard Roberts, who had a wonderful West Coast Quartet sound that captivated me. In the '60s, I also discovered Hank Garland and Wes Montgomery, and, of course, the '60s were start of the Bossa Nova craze here in the U.S. Laurindo Almeida and Charlie Byrd caught my ear with their gorgeous nylon string guitar sounds. Towards the end of the '60s, I heard George Benson who had just an amazing sound and technique."