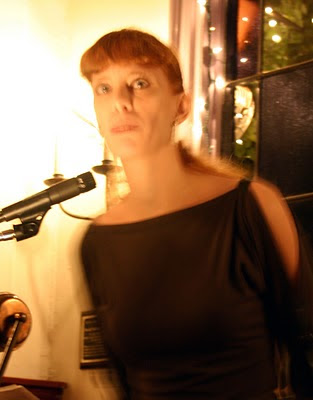 The next Chance Operations reading will be Monday, October 25. Featured readers to be announced. Musical interludes by Learn, Artist!

The good war --
what an honor,
to be killed by a suicide bomber.
The forgotten war --
forgotten by all,
the writing is on the wall.
The other war --
in that other place.
You know the one,
in that other race.
The race to the death,
the final test,
let’s see who can die the best,
let’s see who can lose the most numbers.
As long as we don’t have to face,
the man whose foot we’re under.