Will Kyle at April Reading 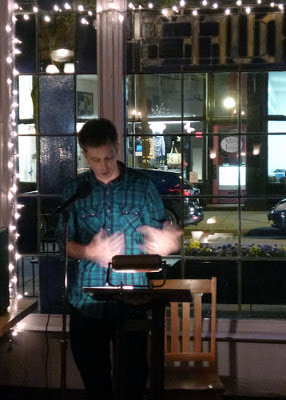 Will Kyle was one of twelve readers on April 29th as •chance operations• celebrated our third anniversary, National Poetry Month, and the publication of "Poems For Your Pocket 2013."

The final poetry reading at Duff's will be Monday, June 24. Doors open at 7:30 p.m. Admission is FREE.