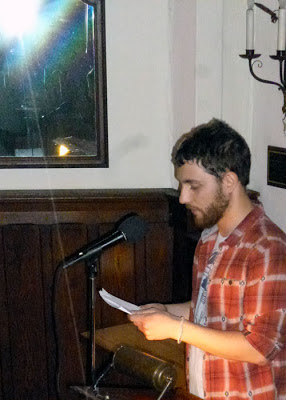 Tim Gravlin was one of twelve readers on April 29th as •chance operations• celebrated our third anniversary, National Poetry Month, and the publication of "Poems For Your Pocket 2013."