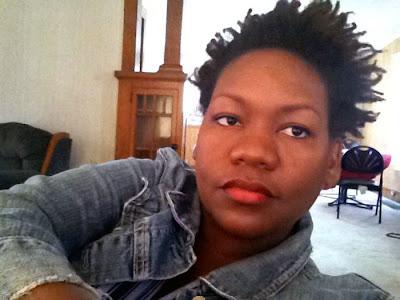 Treasure Shields Redmond will be one of three featured readers at •chance operations• at Duff's, 392 N. Euclid, on Monday, March 25.

Daniel Eberle-Mayse and Jennifer Goldring will also be featured.

A Mississippi native, Treasure Shields Redmond is a St. Louis-based poet, performer and educator. She has published poetry in such notable anthologies as Bum Rush the Page: A Def Poetry Jam, Breaking Ground: A Reader Celebrating Cane Canem’s First Decade and in journals that include Sou'wester and  African American Review. She has received a fellowship to the FineArts Works Center, and her poem, "around the time of medgar" was nominated for a 2011 Pushcart Prize.

Treasure is a Cave Canem fellow and has received an MFA from the University of Memphis. Presently, she divides her time between being an assistant professor of English at Southwestern Illinois College and doctoral studies at Indiana University of Pennsylvania.