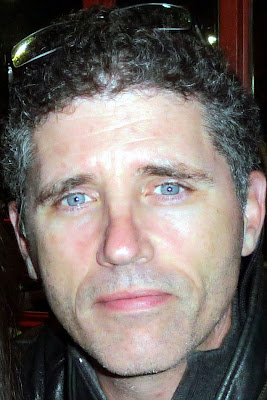 Adam Patric Miller will be one of three featured readers at •chance operations• at the Tavern of Fine Arts, 313 Belt Avenue, on Monday, April 28.

Buzz Spector and Jessica Baran will be the other featured readers.

Adam Patric Miller's Greater Monster was selected by Phillip Lopate as the winner of the 2013 Autumn House Press Nonfiction Prize. Miller has also won a Pushcart Prize and received a Notable Essay Selection in the Best American Essays Series. His essays have been published in Agni Magazine, the Florida Review, and Blue Earth Review. During his years of teaching in an inner-city high school in Connecticut, Miller was twice voted Teacher of the Year. For his outstanding contributions to classroom teaching and for improving the quality of secondary education in Ohio, Miller was named a Jennings Scholar. As an undergraduate at Princeton University, Miller took a two-year leave to play the violin professionally. A highlight of those years was the chance to perform in Carnegie Hall. Miller lives with his wife and their blended family in St. Louis, Missouri.


How do you get ideas for your poems? The
visiting poet says he goes into the woods to
catch a deer, but always comes back with a
rabbit or a handful of berries. I sit, with
selected students, in Lab C, in the library. We
sit in a circle. What was it like for you growing
up? The government, he says, gave out machetes
and guns and said, “Go kill the Chinese people.” He
and his family had to flee the country. The visiting
poet: black hair, thick-framed glasses, jeans, black Doc
Martens. The visiting poet’s voice sounds like the wind
that rises around you when you are alone in the woods.
Will you read one of your poems for us? He will not
read any of his poems aloud. Our librarian, who asked
if he would, holds his book to her chest and stiffens.
The poems, he says, are not that good. Reading poems
aloud is increasingly difficult. He wants to conserve
breath. One winter morning, years ago, as I drove south
on I95 towards Bridgeport, a big deer leaped onto the
highway. He dodged commuter traffic, headed west
for the center partition. I thought, yes, he’s going to make
it. On hall duty, and later that night in New Haven, not far
from Harold Bloom’s house, not far from the other side
of Prospect Street, where teenagers like my students sold
crack and nightly gunfire popped and faded into familiarity, I
wrote my deer poem. After the visiting poet left, I talked to
John, how good it was to talk like that to a poet, to consider a
poem as a score of music, and when it is read aloud, it is the
breath of death, and how the deer is still out there, alone, shivering,
early morning, in March, but he knows spring is close. He lifts
his head up toward a branch. He munches a bud. I tell John
about the fate of my deer, how the two stanzas were lost. I could
resurrect them, make a new poem, toss in a blood orange like
a grenade: John had shared one, yesterday––the skin spattered darker,
not hunter’s orange. Cut open, the partitioned flesh is like the red
when you kill a flea with your nail, blood comes out, or it is like the
red moon a deer hunter might see. The visiting poet wanted to
get back to western PA, to live where he was raised, where everyone
had wanted to lynch him because so many in town had fought
in Vietnam and, you know, they thought he was the enemy. When
the visiting poet smiled, his teeth shone black.
-- Adam Patric Miller