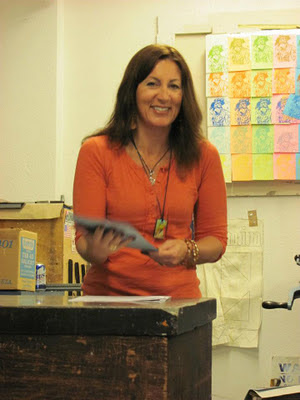 Julia Gordon-Bramer will be one of three featured readers at the next •chance operations• at Duff's, 392 N. Euclid, on Monday, November 26.

Also featured will be Chris Parr and Steve Schroeder.

Musical guest will be Tony Renner.


Here's what my Playboy Playmate bio would be:

Latest passion: weighing the evidence as to whether William Shakespeare was really Francis Bacon.

Villanelle for the Wife of My Stalker

He follows me around like the Moon at night,
waxing close over everywhere that I’ve been.
She pretends that everything might be all right.

She cuddles their baby and smiles too bright,
entrapped in his hard golden band ‘til the end.
He follows me around like the Moon at night.

He plans my return, makes arrangements, despite
what his dark moods, blow-ups, and death threats have meant.
She pretends that everything might be all right.

Long brown hair and beauty mark; she loves to write.
He’s made her his model of me, from back then.
He follows me around like the Moon at night.

He lies smug in their bed. With her, but not quite.
What’s unknown won’t hurt, and the truth can be bent.
She pretends that everything might be all right.

For five fearful years, this man has been my blight--
His forever love-curse we three cannot end.
He follows me around like the Moon at night.
She pretends that everything might be all right.

Julia adds this note: "Form doesn't have to be boring. It pushes the writer into new and unexpected places. Still, every syllable, the meter, and the repetition have a purpose. And with the villanelle form, it becomes like an incantation. Poetry is serious, powerful magic."