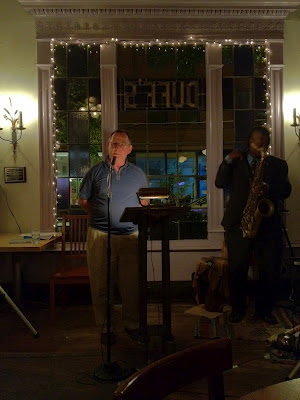 Dwight Bitikover, accompanied by Raven Wolf, was one of three featured readers at the April 30 reading at Duff's.

The other featured readers were Dwight Bitikover and Will Kyle.

In celebration of National Poetry Month and Poetry Magazine's 100th Anniversary, Tony Renner and Sam Davis each read a poem from the April issue of Poetry Magazine.