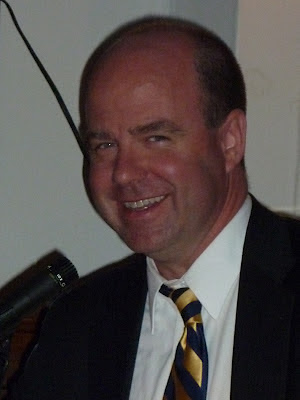 Stan Wallach will be one of three featured readers at the next •chance operations• reading on Monday, March 26, at Duff's, 392 N. Euclid. Other featured readers will be Joe Schwartz and Shane Signorino.

Stan Wallach was one of 10 readers to step up to the •chance operations• open-mic at the February reading.

Musical guest will be Nick Pence of Last Minute.

Stan Wallach is a St Louis native and local attorney. He has presented his poetry and prose at a multitude of venues around town. His short story, "Under," recently won third place in the St Louis Writers Guild annual short story competition. Stan's screenplay, "Woolly Bugger," a story of love, betrayal, serial murders, and redemption at a Missouri trout park, is in pre-production with a local independent film company.
Posted by Tony Renner at 9:01 PM