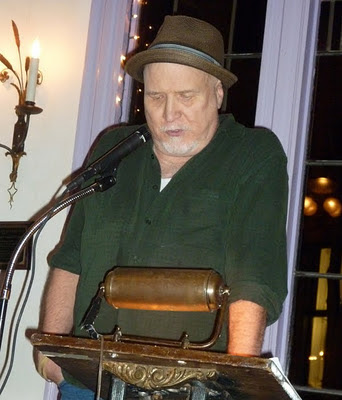 Bob Reuter was one of the featured readers at the December 5 •chance operations• reading, which turned the spotlight on JKPublishing's Saint Louis Projects, including the ladies and gents of Bad Shoe, along with their individual chapbook authors.