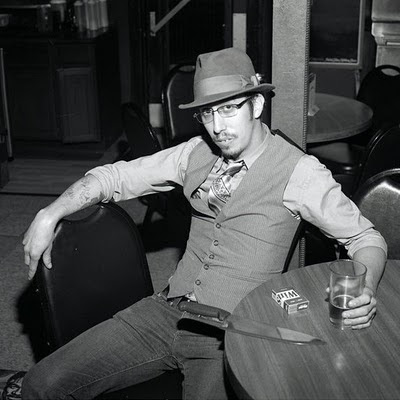 Mathieu Paul will be one of three featured readers on Monday, September 26, at Duff's, 392 North Euclid, in the Central West End.

Other featured readers will be Ellen Herget and Katerina Canyon.

Musical guest will be Drew Moravec.

Mathieu Paul is a musician (with gypsy-punk band O Fool), photographer, and poet known for spilling his guts figuratively and literally. Mathieu was one of the founding members of Get Born. Mathieu says that he "was the victim of a series of accidents, as are we all," and adds, "'Tis an ill wind that blows no minds."

In lieu of a poem, Mathieu shares a quote from Lenny Bruce:


In a crowded arena, the cliché,
"It takes one to know one"
is actually a profound philosophy.